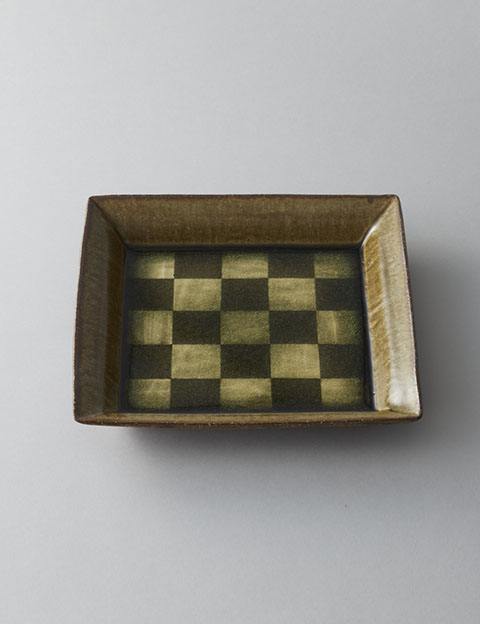 Kasama Yaki started in the middle of the Edo era (1600-1868) and was influenced by the feudal system until the abolition of the clans and the establishment of prefectures in the Meiji era (1868-1912).
Many kitchen utensils, including mixing bowls and jugs, were produced from the outset of Kasama Yaki until about 1945. The type of products fired have changed over the years since the end of World War II. At present tableware, flower vases and ornaments are most common.

Many different potteries, potters and outlets make or sell Kasama Yaki, and most of the products are handmade. The area is attracting attention due to the great range of styles, ranging from highly original, traditional and more modern pieces.

There are nearly 200 pottery barns, potters and shops dealing in Kasama Yaki pottery products in the Kasama area of Ibaraki prefecture. The region garners a great deal of attention for its primarily hand-made products that range from unique to never-before-seen and traditional designs.

The clay used for Kasama Yaki pottery is high in iron, and if no special steps are taken, it produces a dark red product. Therefore, to produce different expressions, decoration techniques such as drawing pictures and applying white dirt turned into a paste are used. The products are hand-crafted, and either turned on a potter’s wheel, cut from a sheet of clay or entirely hand-molded.