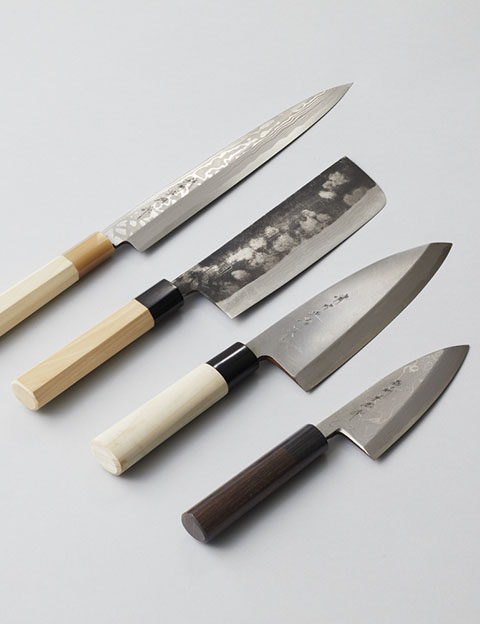 The forging of blades in Echizen dates back to the beginning of the Muromachi era (1392-1573) when a swordsmith from Kyoto arrived in the area in search of raw materials and met a local farmer who asked him to make some sickles. During the Edo era (1600-1868), blades made in Echizen received the patronage of the Fukui clan and were sold all over the country.
In 1980, Echizen became the first forged blade production center to be awarded the nationally recognized Traditional Craft Product accolade.

The main forging techniques include mawashi haganetsuke, in which the entire piece is compressed diagonally in a diamond shape from the corner, and nimai hiroge, in which two blades are placed on top of each other and struck very quickly front and back with a hammer so that they both thin out in the same way.