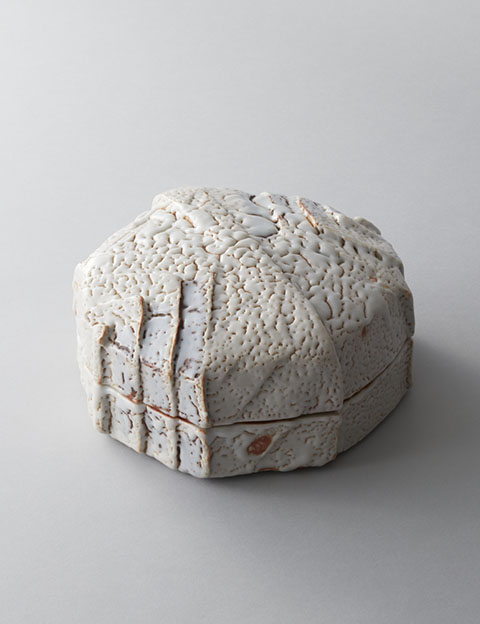 The history of Mino Yaki goes back over 1,300 years. The techniques for creating Sueki (unglazed wares) were introduced from Korea, and in the 10th century, an ash glaze called shirashi came into use. This amounted to simply glazing the Sueki ware with glaze. At this time, the number of kilns increased and a production center for Mino Yaki was established.
From the late 16th century and into the 17th, pieces reflecting the taste of tea aficionados started being created as Japanese tea ceremony became more popular.

In all, there are 15 different types of Mino Yaki, which has officially been designated as a Traditional Craft. Among them, shino, kizeto, oribe and setoguro have carefully controlled coloring, while the pale color of the clay and the glaze are perfectly balanced. Today, Mino Yaki includes tableware, tea bowls, vases and ornaments.

There are 15 types of Mino yaki designated as traditional crafts. Among these, shino, kizeto, oribe, setoguro and others are valued for their use of pale colors, soft textures and overglaze, and well-balanced designs.

Techniques used include wheel throwing, hand forming and casting. After forming, patterns are carved into the clay, or made using bamboo and metal combs. After the clay is decorated, it is bisque fired. After bisque firing, glaze such as shinoyu, kizetoyu, oribeyu, and others are used before glost firing. Finally, over-glazed decorations are made using traditional Japanese pigments.