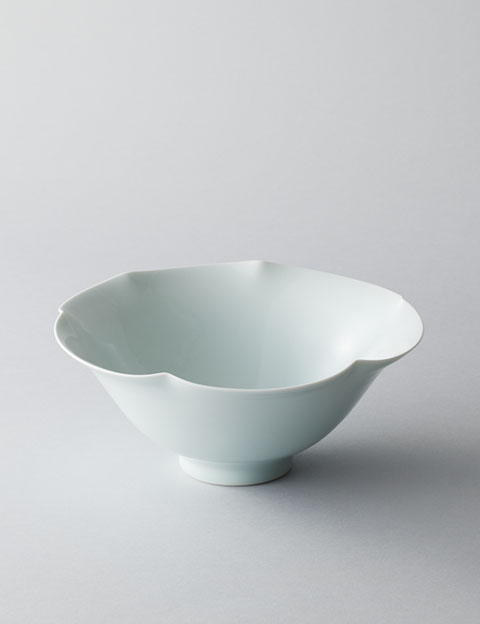 At the end of the 16th century, the feudal lord of the Omura clan accompanied Toyotomi Hideyoshi on a campaign to the Korean Peninsula. On his return, he brought back some Korean artisans who started producing pottery in Hasami.
By the beginning of the 17th century, porcelain cups, plates and containers, including sake flasks, were also being produced. Among the items produced, the heavily over-glazed teacups were particularly popular with patrons riding in boats along Osaka’s piers.

Hasami Yaki is unique in its degree of detail, and its cobalt blue motifs and translucent porcelain set it apart. It is also reasonably priced, and its designs have been adapted over the years to a great variety of pieces, from the traditional to the exceptionally modern.

Hasami Yaki is characterized by its elaborately tasteful translucent white porcelain and cobalt gosu painting. A variety of products, ranging from traditional to modern, have been produced. Always changing to fit the times, they come with a reasonable price tag.

The raw material for Hasami Yaki is pottery stone from the Amakusa region. After being wheel-thrown, hand-twisted and cast, the material is biscuit-fired at around 900°C. Then, it is painted, glazed and fired at around 1,300°C to develop its unique color. For more complex designs, paint with a lower melting point is drawn on top of the glaze and then fired again at 700–800°C to fix the design.