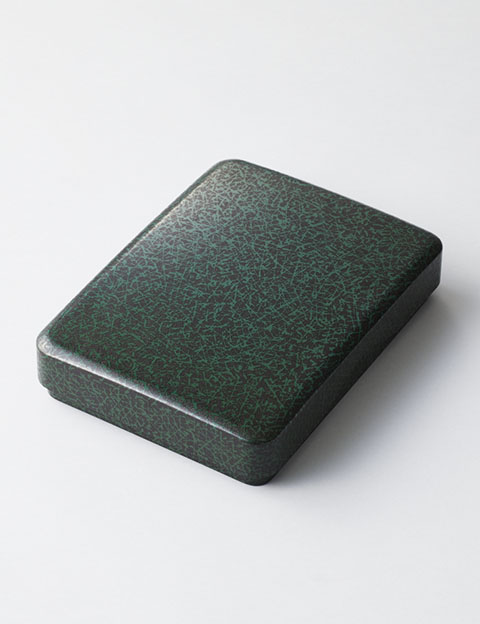 Tsugaru lacquerware dates back to the beginning of the 17th century, when the fourth generation of Tsugaru clan leaders first employed craftsmen skilled in the production of lacquerware. At the end of the 19th century, a production center was established, from which the craft continues to evolve today, based on the traditional skills and original ideas that had been developed and refined over the previous three centuries.

Tsugaru lacquerware comes from Hirosaki, Aomori Prefecture, the northernmost lacquerware production center in Japan. Similar products made by machine invariably lack the charm and warmth of this traditional lacquerware, which is produced using a number of distinctive techniques. For example, nanako-nuri has a stylish feel reminiscent of finely patterned kimono cloth, whereas monsha-nuri has an elegant modern feel with its matte black finish. Products made using these techniques include tables and other furniture, flower vases, tea ceremony items and tableware such as trays and chopsticks.

Made primarily in Hirosaki, Aomori Prefecture, Tsugaru Lacquerware represents Japan‘s northernmost lacquering tradition. The pieces possess the rich warmth found in all exceptional handmade crafts. There are many styles of Tsugaru lacquering, rangin from the chic style of nanako-nuri, with its fine patterns reminiscent of Komon stencil painted kimonos, to the austere modern style of monsha-nuri, which features a dark black matte finish.

Made with Japanese cypress, Tsugaru lacquerware requires approximately 50 steps to produce. First, the wooden base is covered with a cloth and the lacquer base, which is essential to produce a durable product, is applied. Next, layer upon layer of the colored lacquer is applied and repeatedly polished. In the final step, a high-quality Japanese lacquer is applied as a top coat and assiduously polished to produce a long-lasting product of exceptional beauty.