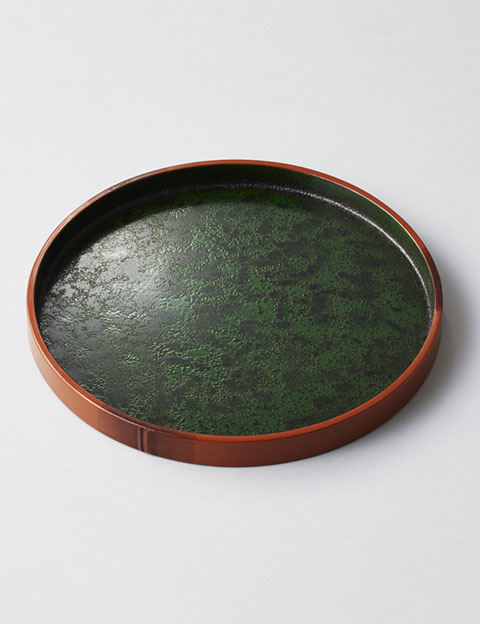 Lacquerware techniques were first introduced to Niigata from other production centers at the beginning of 17th century. In 1638, a district for selling Japanese goods was established under the name of “Bowl Shop” in what is now Furumachi and was granted official protection. By 1819, the craft was well enough established that a list of “master lacquerers” was maintained.

As a trading port on the coast of the Sea of Japan, Niigata has always been a center for commerce and culture. This greatly contributed to the development of the lacquerware craft because a variety of techniques were introduced from other regions.

Indeed, Niigata lacquerware is characterized by its numerous different styles, including one that mimics the appearance of bamboo. This is accomplished by first creating the distinctive bamboo nodes and then using colored lacquer to create the bamboo pattern, a technique not seen elsewhere.

With its wide variety of interesting items, Niigata lacquerware proudly occupies a place alongside the other fine lacquerware produced in Japan today.

While Niigata lacquerware is produced using a variety of techniques, including flower lacquering, stone-patterned lacquering and beach grass lacquering, the bamboo lacquering technique is perhaps the most well known. Using rust to create the bamboo nodes on the base material, and then creating the pattern of the bamboo stalk with lacquer, this technique is found nowhere else in Japan.

The first step is to dry the base wood to a durable finish and then carve out the shape. Then, different artisans apply the base, middle and top lacquers to produce a durable product with countless individual layers.