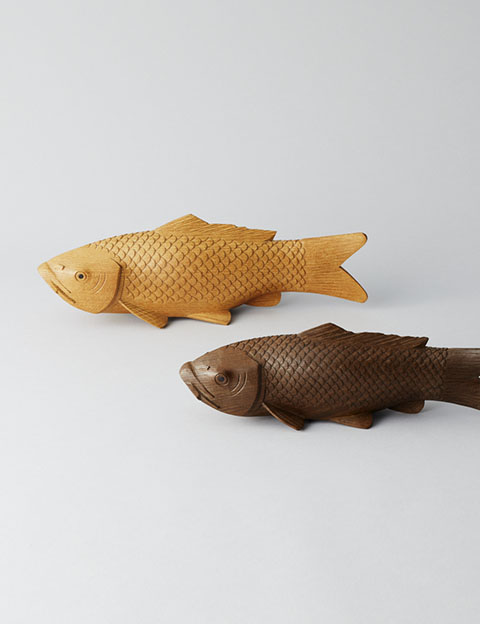 Following the destruction of the main worship hall at Zuizenji temple by a fire in the middle of the 18th century, woodcarvers with official patronage were dispatched from Kyoto to assist the highly skilled carpenters of Inami with the reconstruction work. It is believed that the techniques the woodcarvers shared with the local carpenters marked the beginnings of woodcarving in the area.
At first, the Inami carpenters performed both carpentry and woodcarving work, creating pieces mainly for temples. However, by the Meiji era (1868-1912), specialist woodcarvers had emerged and were producing items of a more general nature, including transoms for homes.

The principal timbers used today are camphor, zelkova and paulownia. When making a transom, both sides are carved to produce a deep relief effect. A variety of motifs are used, including birds, flowers, people and landscapes. This highly skilled method of woodcarving requires nearly 200 different chisels and knives to produce pieces of breath-taking intricacy and beauty.

Inami woodcarving uses camphor, zelkova and paulownia wood, which is carved on both sides with motifs of landscapes, flowers, birds, people and more, using a technique called sukashi-fukabori. Skilled artisans use nearly 200 different chisels and knives.

Transoms are carved using wood that has been dried for several months. First, the design is sketched on the wood. Then, it is roughed out, carved, finished, and finally framed.