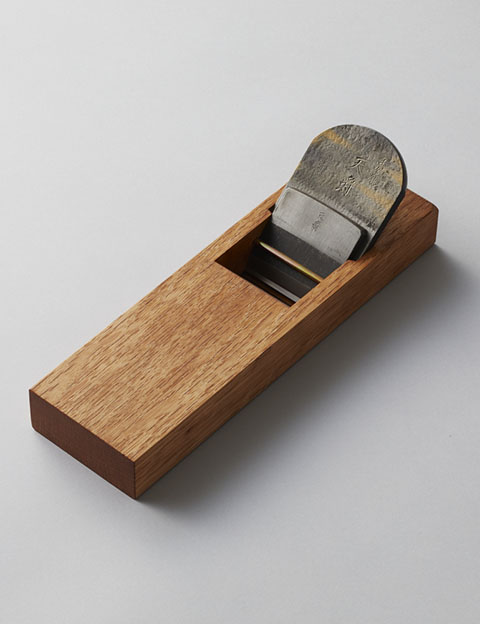 After the fall of Miki castle toward the end of the Momoyama era (1573-1600), craftsmen from across the country gathered to rebuild the town. Among them were smiths who forged carpentry tools, and their presence led to the development of the local forged blade craft.

By the end of the Edo era (1600-1868), large quantities of forged blades for saws, chisels and planes were being produced in Miki, and the area remains one of Japan’s prominent production centers for bladed tools today. Banshu Miki saws and chisels, in particular, are the envy of the world.

Techniques for forging iron were first passed down during the Edo era, and with the introduction of new techniques in the Meiji era, many varieties of cutlery were subsequently developed. Even today, artisans directly involved in the production of traditional crafts account for 20% of the workforce in Miki, indicating that the tradition remains alive and well.

Using chisels, planes and knives, steel with various compositions of iron and carbon is heated in a furnace and welded together by hammering. The products are shaped by heating them in an oven and forging them with a hammer while they are caked with mud. The iron is then straightened with a saw or trowel to relieve the inner stress, a technique that exhibits the mastery of Miki craftsmen.