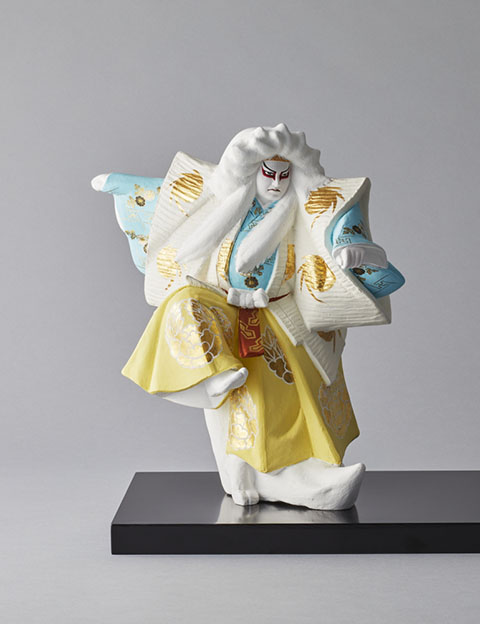 Hakata dolls is said to have originated in 1600, when Kuroda Nagamasa built Fukuoka Castle. One of the craftsmen making decorative tiles for the castle, who had developed his skills by forming and firing pottery, gave a figure he made to the head of the clan.
Later, during the first half of the 19th century, the people living in the Gion-machi district of Hakata made simple biscuit-fired toy dolls, which are thought to be the origin of Hakata dolls.

Hakata dolls can be roughly categorized by type: beautiful women (bijin), Kabuki, Noh, traditional figures, Taoist or Buddhist figures and children. The characteristics of the dolls derive from the calm colorings made through simple biscuit-firing and fine engraving.

Local clay is kneaded and carved to create the prototype, which is covered in plaster to make a mold. The body is then shaped by the mold and fired. After the body is removed from the kiln, a foundation is applied and the hair and face are painted. The entire process usually takes 20 to 60 days to complete.