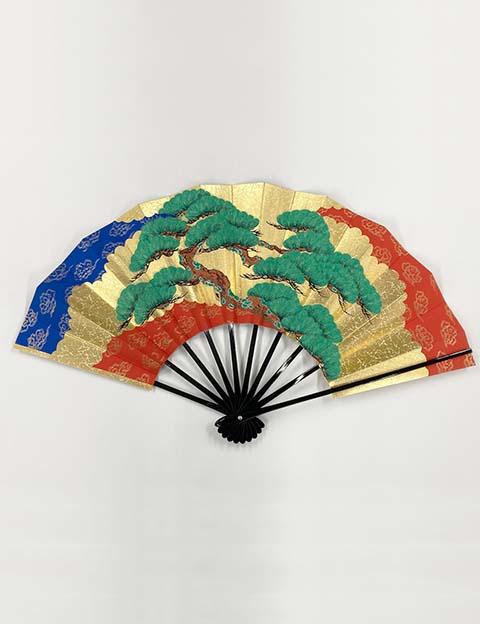 Folding fans date back to the beginning of the Heian era (794-1185). It is thought that they were shaped like today’s fans but were made of several thin pieces of wood tied together. These fans were called hi-ogi because they were made using hinoki or Japanese cypress.
Paper and bamboo fans were exported to China in the 13th century. These fans later found their way to Europe where they became the blueprint for Western folding fans. These fans, in turn, were imported to Japan and led to creation of the silk fan.

Kyoto folding fans are the product of expertly crafted paper and bamboo. However, their beauty is more than skin deep. They also have a smooth texture and are wonderful to hold. Today, a wide variety of fans are produced, including ones for formal occasions, for performances and for decoration. New fans should be opened and closed gently until their folds are properly established.

These small handcrafted fans, made of carefully selected bamboo and paper, are characterized not only by their design but also by their texture, flavor and practicality.

For ordinary paper fans, various decorative elements, including gold leaf, gold dust and printed images, are applied to washi paper, which is then creased with the help of a folding mold selected according to the number of ribs to be used. Next, small openings are created in the paper for the ribs to go through, and the middle rib, to which glued has been attached, is inserted. Finally, the remaining ribs are glued to the paper on both ends.