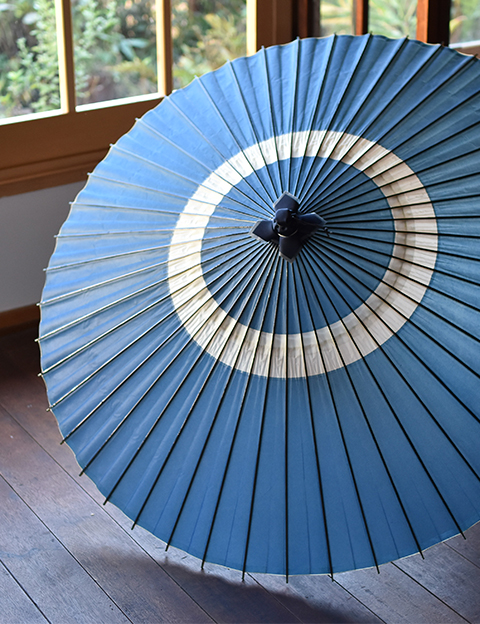 "Encouraged as a samurai's internal job during the Edo period, making Japanese umbrellas in Gifu became popular. The Nagara River basin that flows through Gifu City is rich in high-quality materials such as Japanese paper, bamboo, and sesame oil, so it will develop as a local industry.
A wide variety of Japanese umbrellas have been produced, such as the snake-eye umbrellas and ban umbrellas that are usually used, the sun umbrellas, the dance umbrellas used for Kabuki, and the field umbrellas and hanging umbrellas for festivals and rituals."