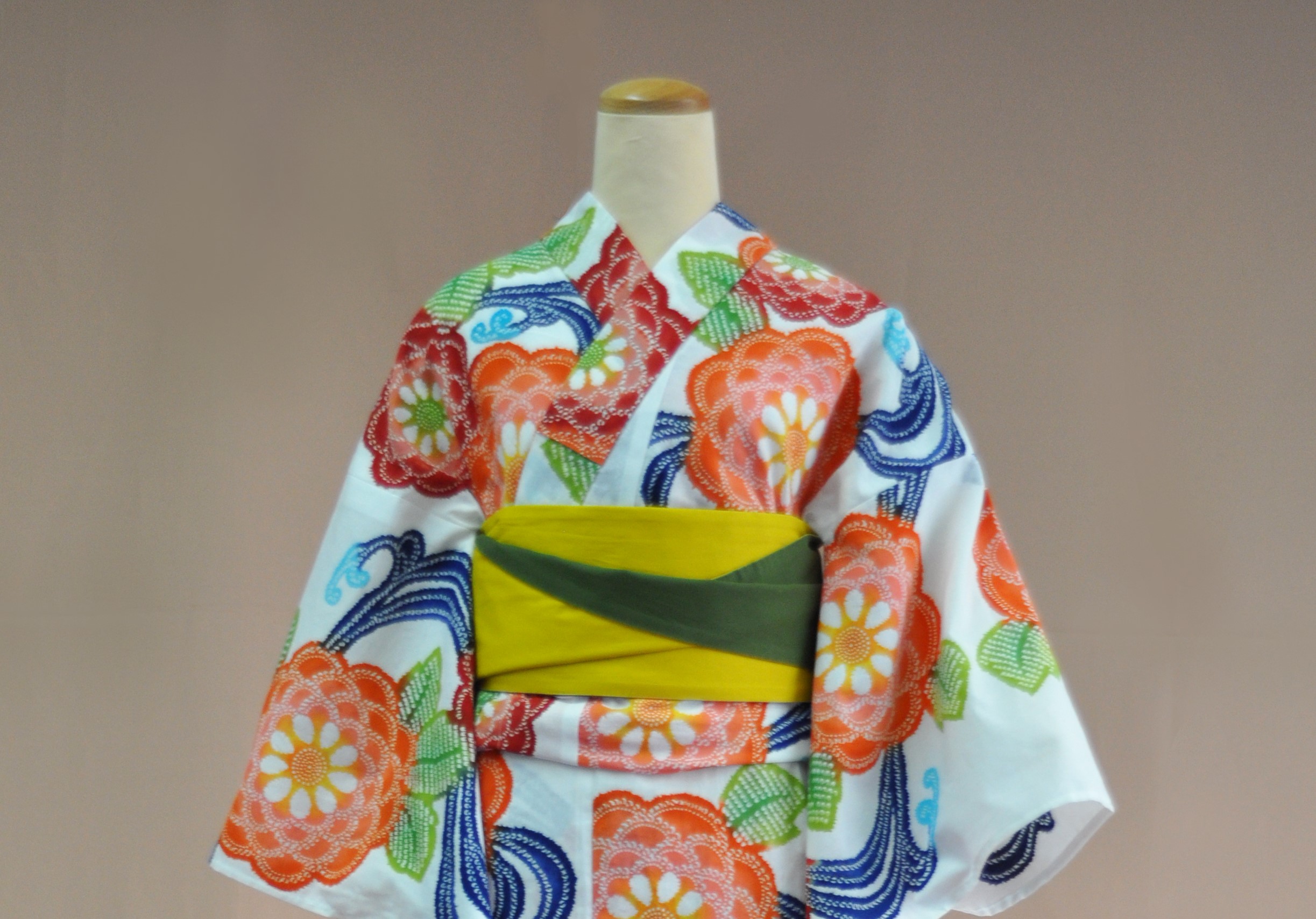 Naniwa Honzome is an original Japanese type of dyeing that was developed during the Meiji era in Osaka to mass produce patterned handkerchiefs. It’s also commonly called chusen, or injection dyeing, and the threads are dyed to their core from both the front and back, producing a product with great texture. Japanese yukatas (summer kimonos) dyed in this method were well-received and became common throughout the country. Aside from handkerchiefs and yukatas, today it is used to create other daily use items, including Hawaiian shirts, coasters and sun parasols.

Features Since the Edo era, Osaka was the home of handkerchief manufacturing. In the year Meiji 20 (1887) a dyeing method that involved layering fabric covered in dye-proof paste and applying dye over the top was born. The Meiji era artisans of the time built on this innovation, using techniques called sashi wake or bokashi (blurring) to create dyes of myriad colors, and another dyeing technique called hoso kawa. This allowed them to polish techniques that further brought out traditional Japanese textures only possibly through hand dyeing. Today, these styles are collectively known as Naniwa Honzome Hand Dyeing.