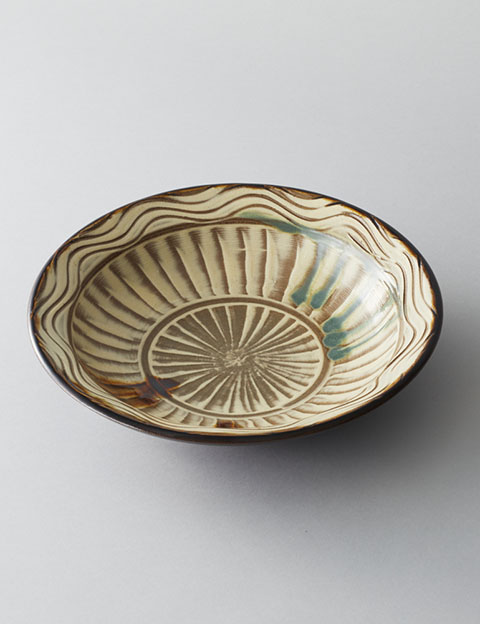 A kiln established by the feudal lord of the local Kuroda clan in the 17th century, at the beginning of the Edo era (1600-1868), was the first in Chikuzen in northern Kyushu. Large porcelain urns, jars and sake flasks were made under the name of Nakano Yaki, but in the middle of the 18th century, pottery was produced under the name of Koishiwara Yaki.

Special features of these wares include the way the pottery is decorated using brush strokes on large dishes and large pots with chatter marks. Using techniques which have barely been altered over the centuries, urns, drinking vessels and flower vases are still being made today along, with a range of tableware and some figurines.

Koishiwara Yaki characteristics appear on their decorations, including hakeme (white slip) on large plates or tobi kanna (chatter marks) on pots. Pots, tableware, flower vases and more are created through well-preserved techniques from times past.

Koishiwara Yaki pieces are directly glazed and baked without biscuit firing after decorations are applied. Decorative techniques including tobi kanna, kesho gake, hakeme were established in the late 17th century.