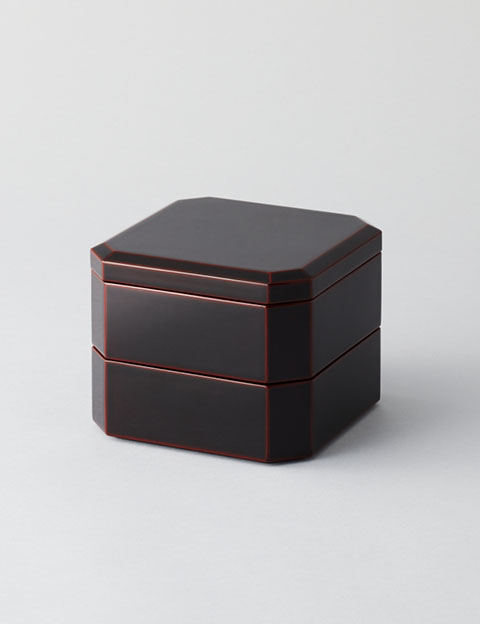 The turned items are made from wood placed on a lathe in line with the grain. The wood usually comes from Japanese chestnut, mizume birch or zelkova trees. Boxes and other complex pieces are coated with a finishing of hana-nuri lacquer, which does not show any brush marks or blemishes. This lacquerware is known for its gloss and gentle air of quality resulting from multiple coatings of lacquer on a robust ground. Also known as Kawada lacquerware, representative items include bowls, traditional food trays, conventional trays and stacking boxes (jubako).

The base is made from Japanese horse chestnut, catalpa, zelkova or similar woods cut longitudinally and shaped on a potter’s wheel. characteristic of Echizen lacquerware is its use of the hana-nuri coating method, which does not show brush-marks or dust. The glossy finish produced by the many layers of undercoating and the resulting elegant products are justifiably famous. Echizen lacquerware is also known as Kawada lacquerware.

The base is coated with many layers of a mixture of persimmon juice, charcoal powder and pine soot. Flat surfaces are coated in layers of a base coat made from raw lacquer, zinoko powder and rice paste. The refined lacquer intermediate and top coats are applied with a brush. Gold inlays and gold-speckled lacquer are used for decoration.