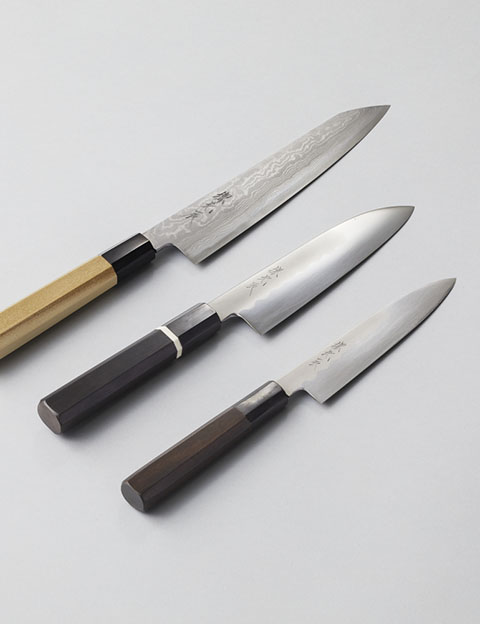 Guns and tobacco were introduced to Japan in the middle of the 16th century by the Portuguese. By the end of that century, small tobacco knives were being forged in Sakai and the Tokugawa Shogunate awarded the forgers there a special seal of approval and guarantee of quality.
Sakai was also granted exclusive selling rights and the reputation of the cutting edge of Sakai forged blades spread across the country. Then, in the middle of the Edo era (1600-1868), the deba-bocho knife appeared, followed by knives of every description, most of which were used to prepare food.

Japanese cooks use a wide range of kitchen knives, and most are said to own at least one knife crafted in Sakai. The blades of these knives are characterized by their finely ground edge and point.

There is a Sakai knife for almost every use, as evidenced by the fact that most Japanese chefs have one. Their main feature is their well-grounded edges.