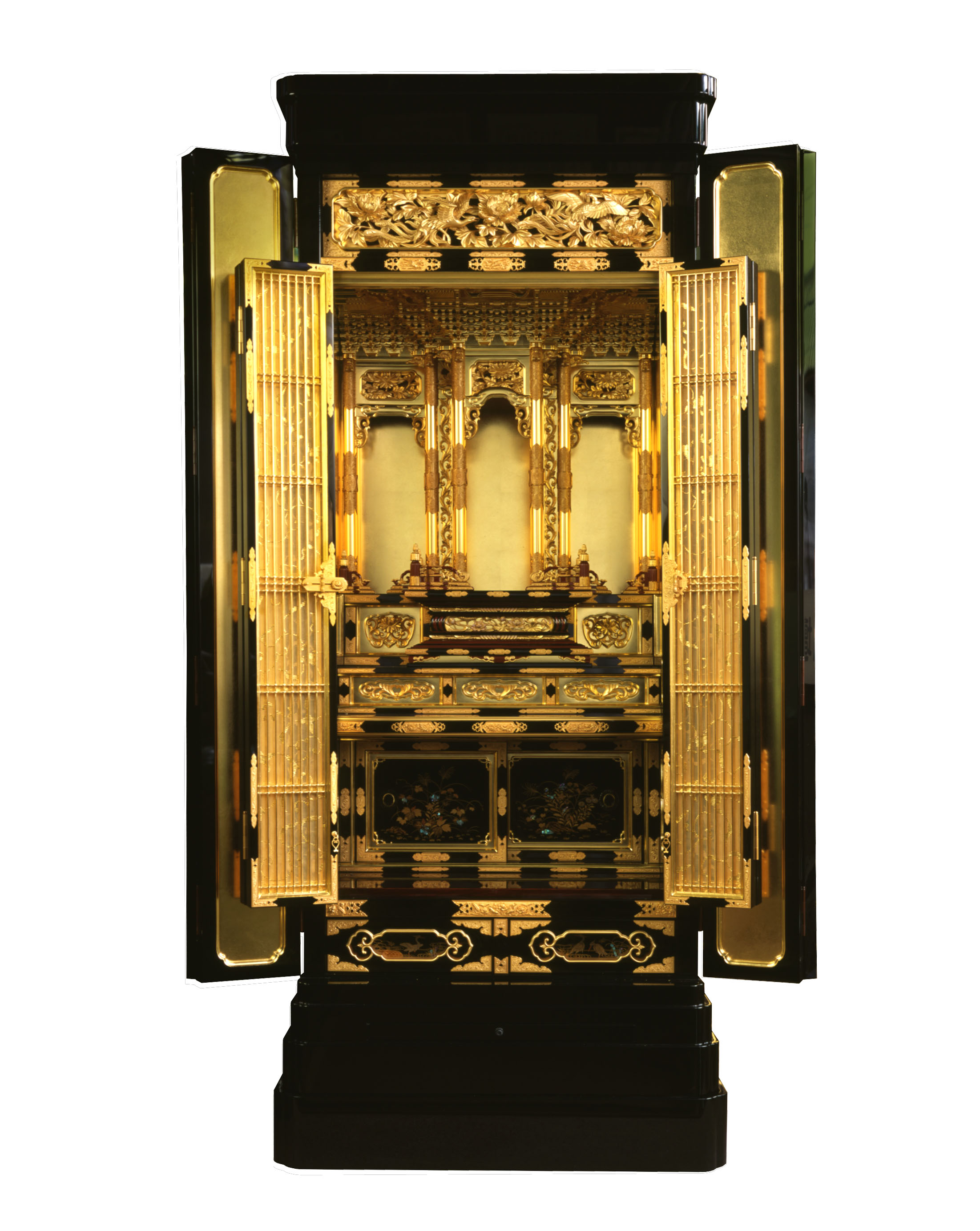 Household Buddhist altars were a variation of miniature shrines called zushi and were originally used exclusively by the warrior classes. It is thought that the production of ordinary household altars began in earnest with an increase in the numbers of people requiring one at the beginning of the Edo period (1600-1868), when the Tokugawa Shogunate introduced new religious policies.

Besides being home to the headquarters of some one hundred or so different sects, Kyoto has nearly 3,000 temples as well as countless national treasures and cultural assets. Kyo Butsudan are direct copies of the inner sanctuary of the main temple of each sect, faithfully reproduced in miniature. A great deal of pride is attached to the degree of quality and approach demanding a level of craftsmanship applied right down to the finest detail to make a craft object that is so indicative of the city and its craftspeople.

In Kyoto there are more than 100 head temples of different sects as well as more than 3,000 temples and a great number of national treasures and cultural assets. Kyo butsudan, also referred to as a "Kyo-mono" are exquisite and faithful miniature representations of the main hall of each sect’s head temple and possess a high level of quality and religious spirituality.

The manufacturing process of Kyoto Buddhist altars involves a very minute division of roles whereby the techniques of different craftsmen specialized in making as many as 2,000 distinct parts are integrated in the finished product. The craftsmen who form the "technical department" are further divided into many subdivisions specialized in wood-base creation, wood carving, lacquering, gold embossing, gold-sprinkled lacquering and fabrication of metal ornaments, constituting a very specialized system of division of labor. Supervising and integrating all these complicated stages is the role of the “commercial department” which, in addition to managing the final stage of assembling all the differently-manufactured components is in charge of selling the finished products around the country.