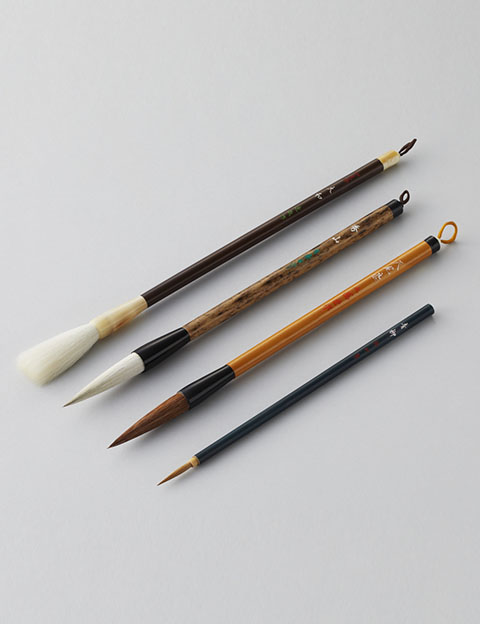 It seems that the link between Kawajiri (in what is now the city of Kure) and brushes dates back to the beginning of the 19th century, when brushes were acquired from what is now Hyogo Prefecture for use at local temples. It was later determined that local farmers could produce brushes during the off-season.
In the middle of the 19th century, Ueno Yaekichi produced brushes that became the model for what are known today as Kawajiri brushes. As others took up the work, these brushes gradually became known throughout the country.

The method used to combine hair for these brushes is not suitable for mass production. Thus, these high-quality brushes can only be crafted by hand using very specific skills.

Kawajiri brushes are generally made using the neri-maze hair mixing technique, which is not suitable for mass production. Indeed, these premium-quality brushes can be produced by hand using only advanced techniques.

The production process comprises three stages: making the brush neck, making the shaft and assembling the final product. Each stage is completed by hand with great care using techniques passed down from generation to generation. The use of animal hairs for the brush neck and bamboo and wood for the shaft has continued without interruption since the first Kawajiri brushes were produced.