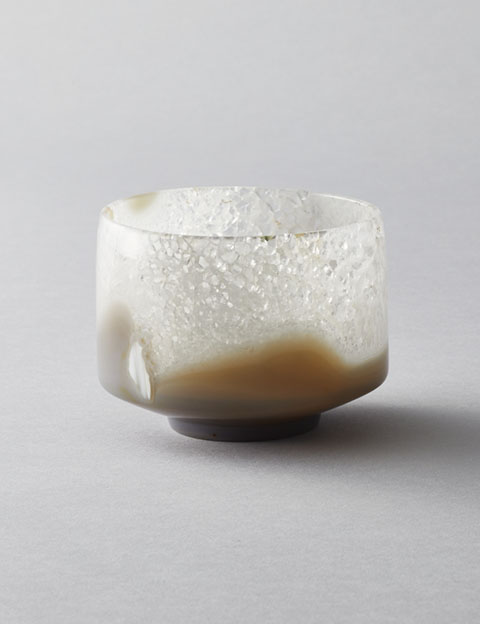 The origins of Koshu crystal carving can be traced back one thousand years to when quartz was discovered near Mt. Kinpu. Originally used to make ornaments, by the middle of the Edo era (1600-1868), Shinto priests were taking the raw quartz to Kyoto to be cut into gems.
Koshu crystal carving as we know it today dates back to the latter days of the Edo era, when master craftsmen were welcomed to the area and began polishing quartz on an iron sheet using an emery powder called kongousha made from a very hard stone, similar to the way that diamonds are polished.

Items produced today include ornaments and jewelry. Each piece is crafted to take advantage of the distinctive features of the raw material, meaning that no two items are alike.

Koshu crystal carvings comprise a variety of products that are crafted to bring out the individual characteristics of the natural crystals. Accordingly, each item is one of a kind.