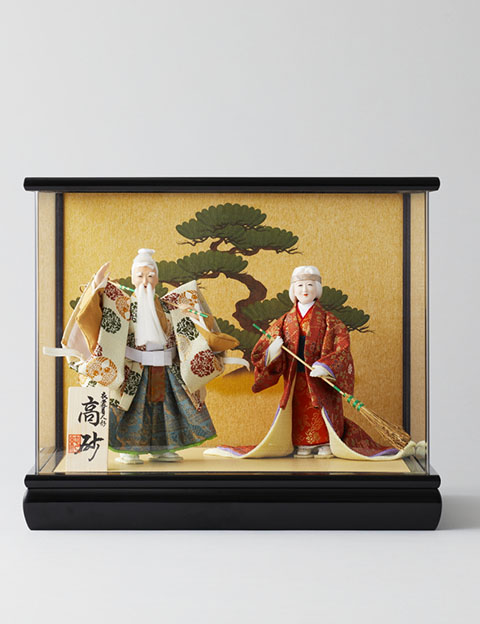 Iwatsuki dolls were first made toward the end of the Edo era (1600-1868) and played an important role in the events of the annual Girl's Day and Boy's Day celebrations of the time.
By the early part of the Meiji era (1868-1912), the dolls were being produced by farmers during the off-season, incorporating techniques borrowed from samurai families that had previously made them. These dolls were later produced on a larger scale and came to include special dolls for Boy’s Day in May. Initially sold mainly in the Kanto region, Iwatsuki eventually became one of the principal suppliers of traditional dolls in the country.

Iwatsuki dolls have a large torso and a head with round contours and clearly defined facial features. The eyes are large and somewhat brightly colored.

The head of Iwatsuki dolls is made of either soft, low-resin paulownia wood or toso, a mix of paulownia sawdust and wheat gluten that is hardened in a mold and dried. The figure is coated in hide glue mixed with chalk to make it resistant to sunlight, heat, and discoloration. Years of experience are required to achieve the proper blend of chalk and hide glue, but the resulting finish is smooth and closely resembles real human skin. The hair is made of raw silk threads that closely resemble human hair, and the torso is made from a bundle of straw cut to an appropriate size that is easily manipulated. Finally, the doll is dressed in clothing made of silk and cotton.