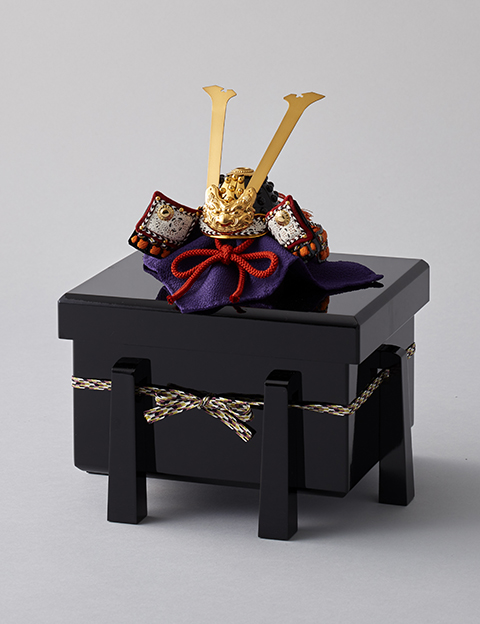 The production of dolls in Edo (Tokyo) began in the early Edo era (1600-1868), influenced by dolls from Kyoto, but the uniquely Edo style is said to have originated 250 years ago during the Horeki era (1751-1764).
It was during this time that dolls for Girl's Day and Boy's Day celebrations began to be produced using more sophisticated and realistic techniques. Doll culture reached its peak during the Bunka-Bunsei era (1804-1830), when the helmet decorations used outdoors were moved indoors, and dolls and elaborate decorations modeled after real armor were first made for Boy's Day celebrations.
In addition, small elaborately crafted dolls called fuzoku ningyo were made to look like popular actors and the style known as ichimatsu ningyo became wildly popular.

Edo dolls are characterized by their natural color, as well as their sophisticated and realistic appearance, in keeping with the traditions of the time.

The dolls are made from natural materials, including wood, paper and cloth. The head and torso are carved from wood or molded using a mixture of sawdust and wheat-starch glue. Once the arms and legs are attached, the dolls are dressed in clothing that was made separately.
Edo armor is made with reference to historical examples, using various natural materials, including wood, paper, silk, leather and iron. All of the major production steps are completed by hand.