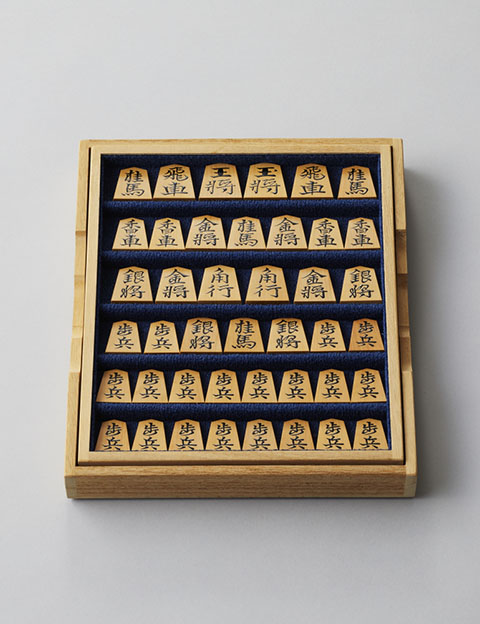 Toward the end of the Edo era (1600-1868), the Oda clan attempted to improve their poor fortunes by having lower-ranking warriors produce shogi chess pieces, leading to the development of the craft in what is now the city of Tendo.

The pieces are made from the wood of cucumber, snowbell, maple, spindle and boxwood trees. The characters are usually painted on the pieces using natural lacquer, but for higher-end sets, a raised effect is created by first carving the character into the piece and then applying multiple layers of natural lacquer. Today, 95% of all shogi pieces made in Japan come from Tendo.

Tendo shogi chess pieces are made from the wood of Japanese magnolia, snowbell, maple, spindle and boxwood trees. The kanji characters on each piece are usually painted with natural lacquer, but for higher-end sets, the character is first carved into the piece, and then multiple layers of lacquer are applied until a raised effect is achieved. Today, Tendo produces over 95% of all shogi chess pieces in Japan.