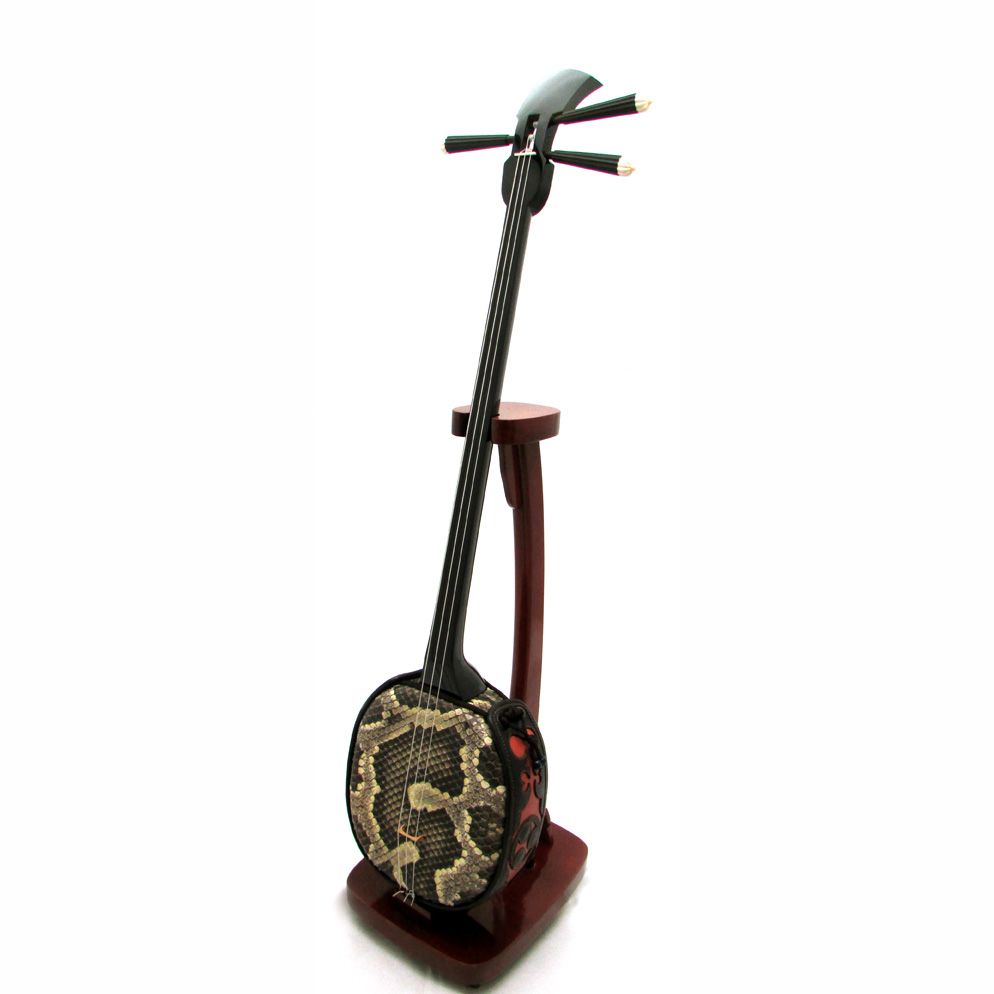 The sanshin is an instrument manufactured in Naha, Okinawa and other parts of Japan’s southernmost islands. It was brought to the Ryukyu Kingdom (modern-day Okinawa) in its original form from China and became an instrument used in the imperial court. Eventually it became popular amongst the common people, and today it is registered as a UNESCO World Heritage indispensable in traditional Japanese dance, Ryukyu opera, and folk/pop musical arrangements.

The sanshin consists of a body, neck and three tuning pegs. There are seven different neck styles that define the instrument’s final shape, each named after the Ryukyu Kingdom artisans that created them.

Sanshin manufacture demands delicate craftsmanship. It’s not uncommon to spend several decades creating a single instrument, starting with the selection of the type of wood to be used.

There are seven predominant sanshin shapes that have a different set of dimensions for each piece. The neck style is chosen first, along with the type of wood to be used, which is sanded finely before lacquer is applied to complete it. Then, snakeskin is affixed to the wooden body with nails before being stretched across the front and back in two separate processes. Once the neck and body are complete, tuning pegs are added to the neck before it is inserted into the body. This process of combining the pieces has a major impact on the tonal qualities of the sanshin and is performed with great care. To complete the sanshin, (1) a string guide is attached below the tuning pegs, (2) the body is wrapped around the outer edges in decorative cloth, (3) a braided knot is added at the base of the body to secure the strings, (4) the strings are fed from the tuning pegs to the base of the body, and lastly (5) a bridge is added on the body to support the strings.