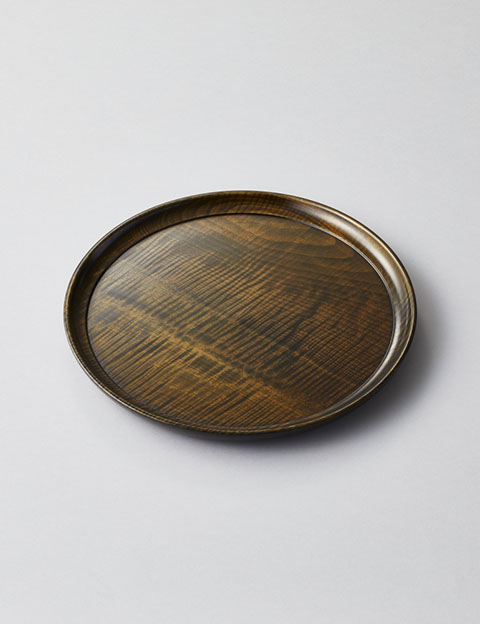 At the end of the 16th century, the Kaga clan, which governed an area in what is now Ishikawa Prefecture, floated timber down the Shogawa river. Logs were stored in a lumberyard in the district of Shogawa-cho, which became the largest collection point for timber in the Hokuriku region.
The turnery craft began in Shogawa when Echigoya Seiji took advantage of the rich supply of timber and began making turned wood products during the second half of the 19th century. Today, the area remains one of the few places in the country producing a high volume of these traditional goods.

Each type of tree has different properties, including color, grain and the shape and size of the annual rings, all of which can be used to bring out the inherent warmth of the wood. Items produced today include bowls, plates, coasters, a variety of tea-related goods.

Turned wood products are characterized by the unique qualities of each type and piece of wood used. Annual tree rings appear in a variety of shapes and sizes, and these can be used in different ways to create a deep color that brings out the woodgrain. The artisans continue to hone their craft, with the goal of creating items that bring out the warmth of the wood.

After the timber has been sawed, it is stacked and dried naturally for between six months and a year. The timber is then roughly hewn and dried in a kiln until the wood has an 8% moisture content. After being rehydrated, the wood is turned on a lathe.